Do you know the feeling that you terribly want to do something and at the same time you are terrified by it? This is called ‘growing’ I guess. Or unlocking your potential. It’s wonderful once you have taken this first step out of the comfort zone. This article is my first step; it’s my coming out as a gifted adult. Meet Patty Muffins. 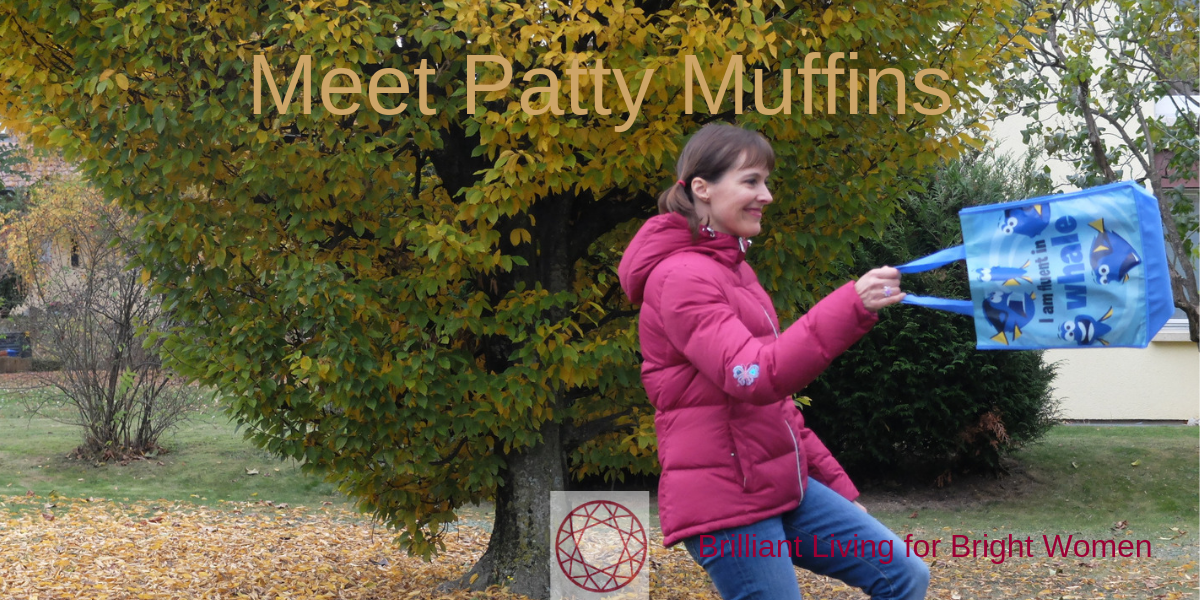 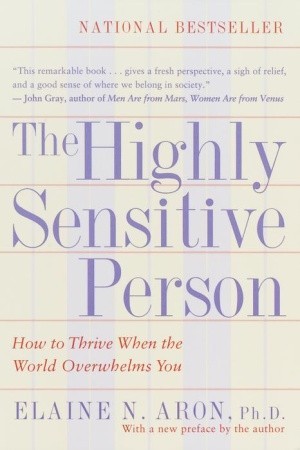 It has been a rough as well as fascinating journey since I stumbled over the concept of ‘giftedness’ in the book The Highly Sensitive Person by Elaine Aron end of 2015 (she writes in one chapter about her experiences in a programme for gifted students).

After having read quite a few articles and several books from sources in German, French and English and after pondering a while I came to the conclusion that I could be ‘gifted’ or ‘gifted and talented’ as they say in the UK.

In other words, I discovered at the age of 45 that I had been a kind of ‘ugly duckling’. I was starting to be figuring out eventually why I had been finding myself ‘somehow weird’ and ‘not fitting in’ most of my life.

I also realised to what extent I had mastered the art of camouflage. My skills as a chameleon had not been detected by many.

That was the shocking part.

On the good side, it started to dawn on me at the same time that most of my close friends (scattered all over the world) were ‘like this’, too.

The thing about the ‘fuss’

It took me quite some time to get here, the moment when I press ‘publish’ of this article. Some close people asked me, “why are you making such a fuss about it?” They said, “by now people got it that you work with Bright Women.”

I have several versions of this ‘coming out’ article on my computer. Because it’s one thing to say I work with people that are bright or ‘extra intelligent’ and it’s another thing to say, “hey, I’m one of them.”

(After all, I’m Swiss, we’re modest, hardworking, high quality seeking compromisers who respect minorities – standing out is NOT something that is valued or encouraged!) 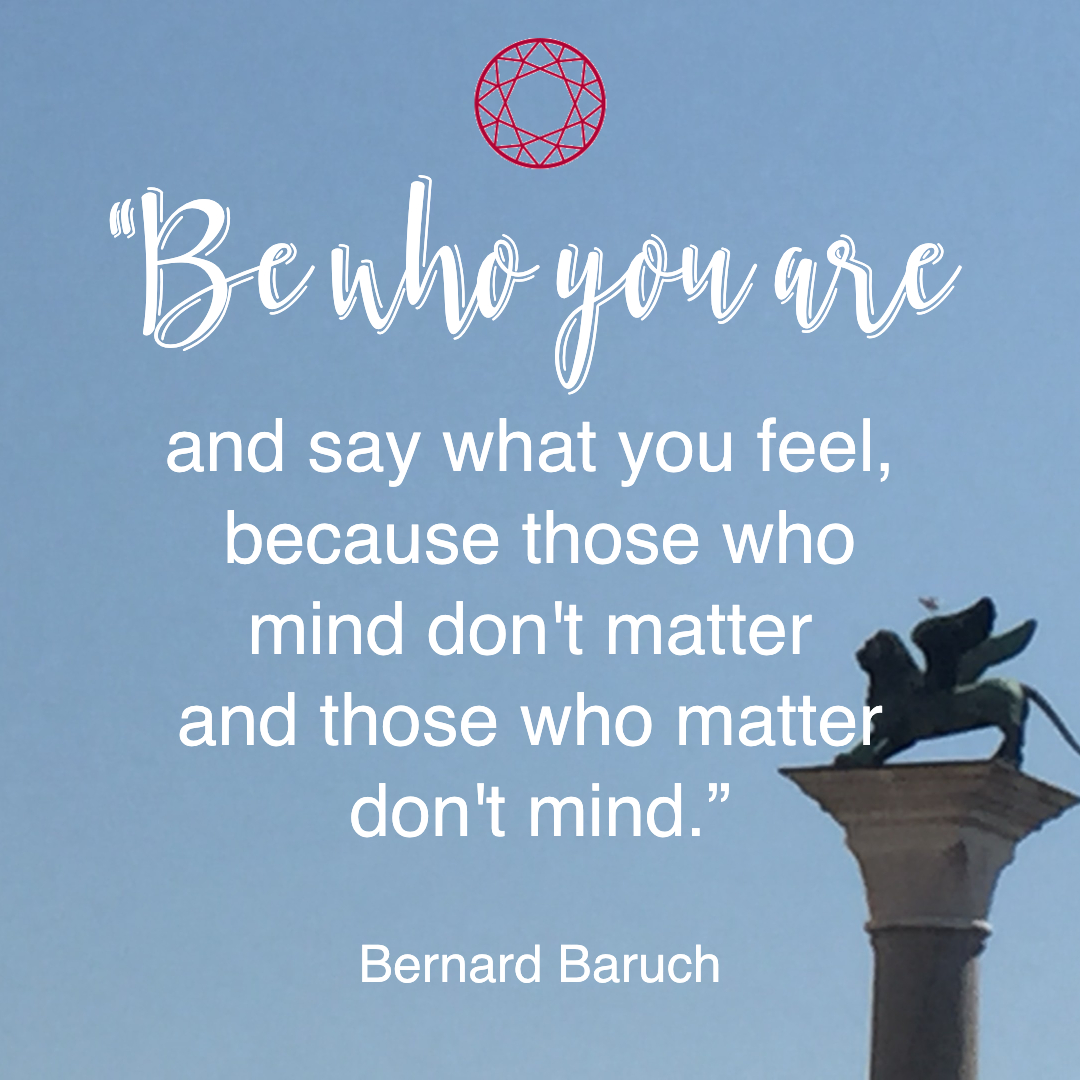 When the seed of doubt was planted I starting to do some research around the concept of ‘giftedness’… I know now that, typically, some research translates (not for all but for many of ‘us’) as becoming rather obsessed about a topic and reading and thinking around it wide and deep with ‘single-minded enthusiasm’ which also helped me to understand that this is ‘normal’ for people like me and that I don’t have to be ashamed of it.

It took me 10 months of back-and-forth plus coaching by my mastermind buddies until I did an IQ testing (the psychologist I chose used to do this for Mensa. She preferred to call it “exploring your cognitive and learning capacities and preferences” or something alike).

After I got this number – which answered one question (namely my IQ according to this test is above 130 which is the ‘official’ mark to be called ‘gifted‘, ‘surdouée‘ ou ‘hochbegabt‘) and raised many others at the same time – I went from feeling brave to rationalizing why it was not worth to talk about it publicly and back again (many times). I’ll talk about the very bewildering experience of the testing (WAIS-IV for adults) another time.

I meandered from getting clear to procrastinating, hesitating, going one step forth, and two steps back while keeping on looking back at my life with a new pair of goggles.

When my business mentor first told me, “just write about your experiences; share what you discovered and how it feels” I knew she was right. Great idea! If I simply shared about my deep inner experiences (no one can guess) other ‘women like us’ could find me because they would recognize themselves (in the unspeakable)…

…AND I stopped writing.

During this time, I learned things that completely puzzled me (and some still do today). For example:

Some common traits of people with a High IQ

Talking about reproaches – have you ever been told that…

Note: we are talking about correlations! 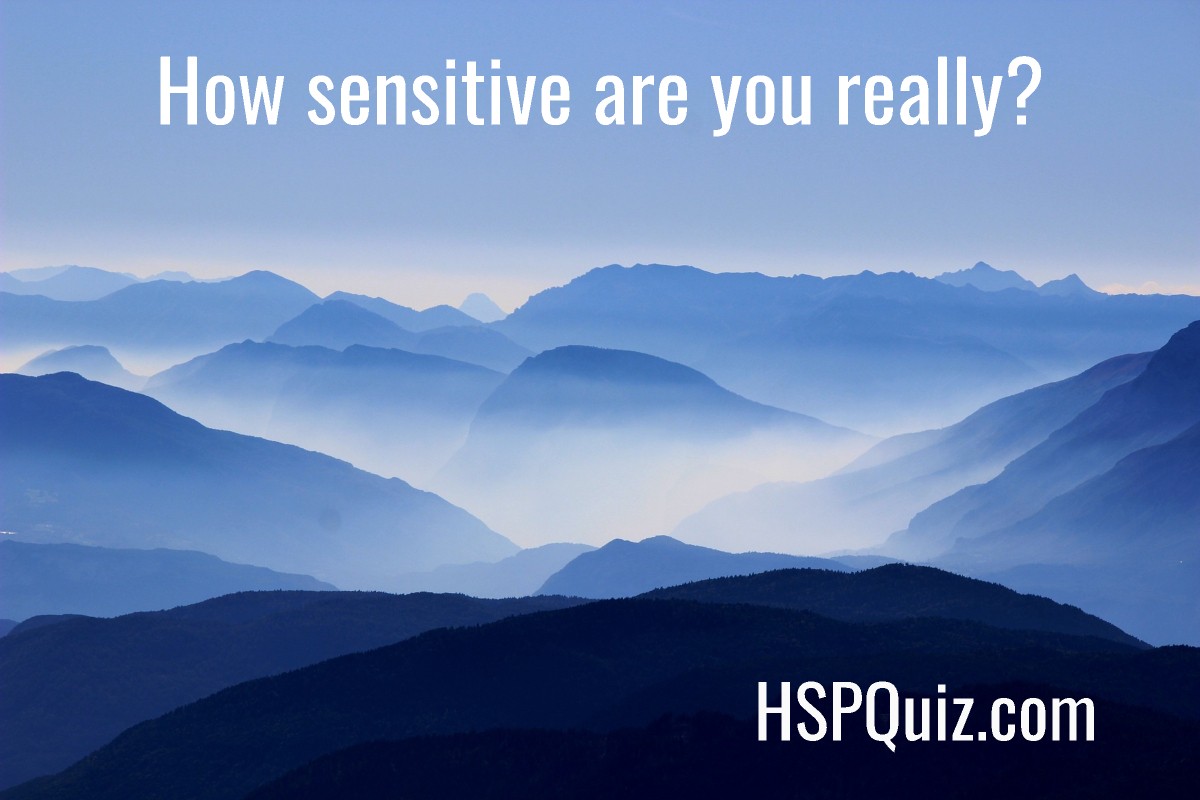 In case this article puzzles you, great! Take this Quiz.

What about Gifted Girls?

During my research I learned that gifted girls seem to have this kind of qualities in common:

On superpowers and bliss 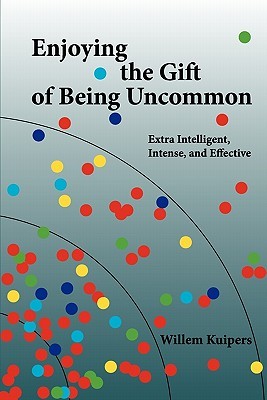 In January 2017 I finished the amazing book Enjoying the Gift of Being Uncommon: Extra Intelligent, Intense, and Effective by Willem Kuipers. I had come across him and his website a year earlier and knew immediately that I would reach out to him one day. I hired him as my coach because I needed to understand thoroughly how my Extra Intensity showed and how this is a decisive factor making the life for me difficult – again and again – as well as marvelous – again and again.

In one session he said something like, “one of your special strengths is your playful creativity”.

You must know, I have been using a scientific tool called the VIA Character Strengths to empower my clients. Creativity per se is not one of my Signature Strengths. We were talking about applied ‘childlike playfulness’ with a sense of wonder and joy of exploration that leads to innovation.

Why was I scared to death to share publicly what I had found out?

(Now, if the lists above have stirred up something inside you please use your heightened empathy to get why I am “making a fuss about and dramatize a trivial thing”.)

The answer is simple: memories!

Many, hurtful, painful, disturbing, and buried memories. (More about this in another article.)

If you, too, have felt like an alien or a minority of one many times in your life – AND if you have successfully managed to hide this – you’ll get me.

And I repeat: because it’s one thing to talk about bright people, about bright clients, about their struggles and how you can support them. It’s a whole other story to step up and say, “Hey, I’m bright”.

Read here what motivated me to overcome what Steven Pressfield calls ‘Resistance’ in his fabulous book The War of Art. 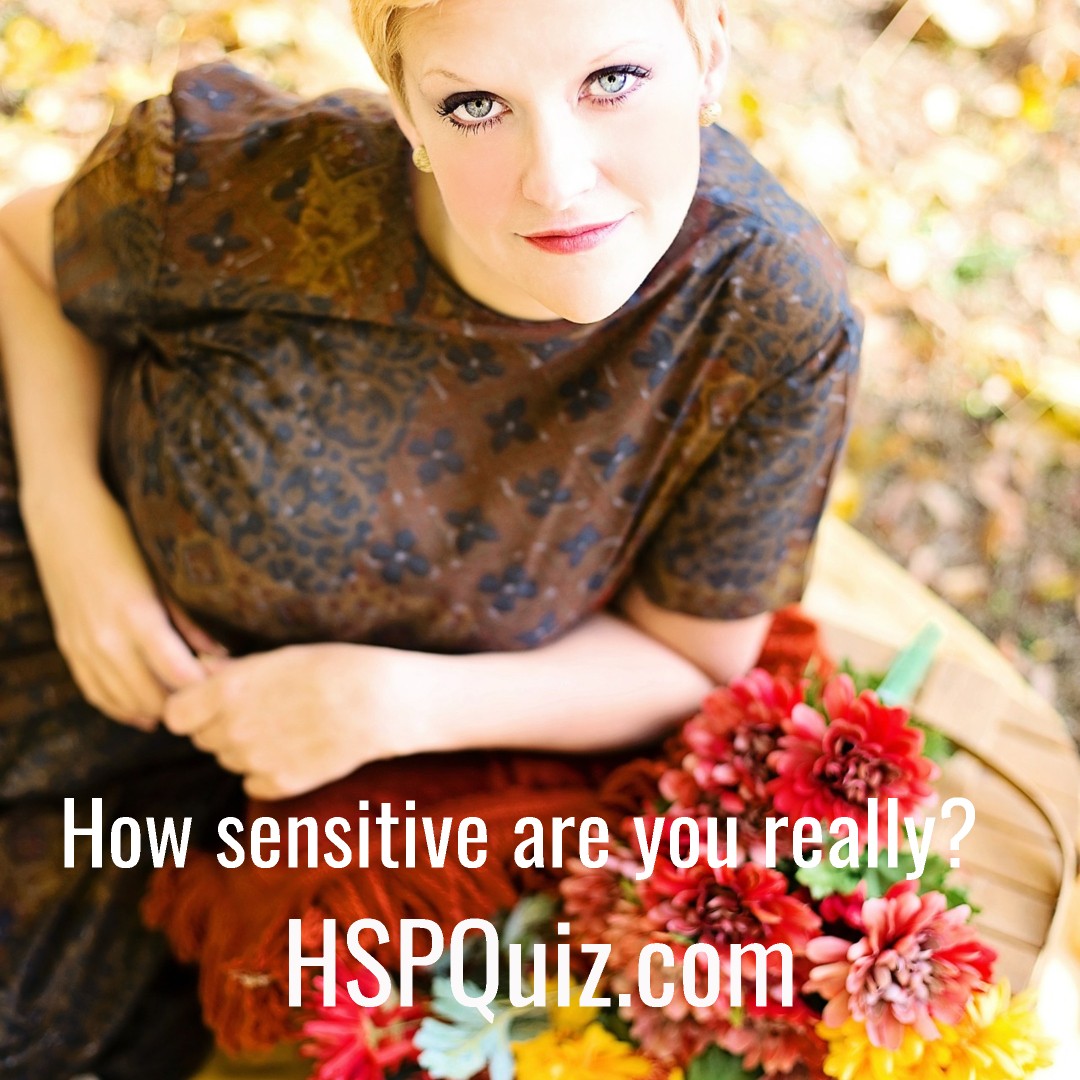 Could you be gifted? Click on the pic to take the Quiz.

Saying ‘bright’ is a great way to avoid the g-word. 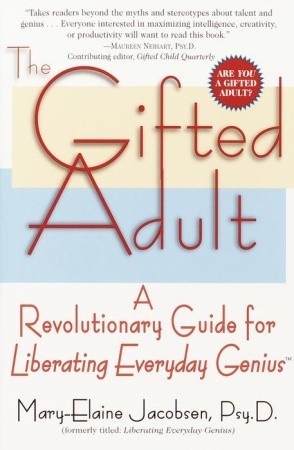 And what I can say for sure today: there is soooooo much misunderstanding and there are so many stereotypes and prejudices around the concept of ‘giftedness’.

While – excuse my tendency to exaggerate and simplify – Americans seem to be slightly obsessed with standing out and ‘making it to the top’, European cultures still rather focus on ‘equal access and chances’ and it’s really not wise to be a wild poppy in a field of daisies.

Have you been asked before what Mary-Elaine Jacobsen, author of The Gifted Adult, calls criticism number one: “who do you think you are?”

Let’s talk about criticisms in another blog post. I prefer to focus on my solution: I invented an alter ego.

I’d like to introduce you to Patty Muffins. She’s a bit less serious and concerned about almost everything than Patricia. She can talk about things that are too difficult for me to say aloud in the wide world of the internet – at least for now! 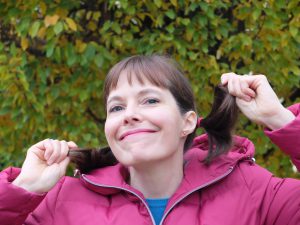 Patty Muffins and I shall be singing and writing hand in hand from now on this blog. Her motto is, “Ponder less and play more.” You may have guessed that she’s quite fond of Mary Poppins (and Pippi Longstocking) who have both been role models for us. Patty will write about how it concretely looks and feels like to be ‘Living with Intensity’. 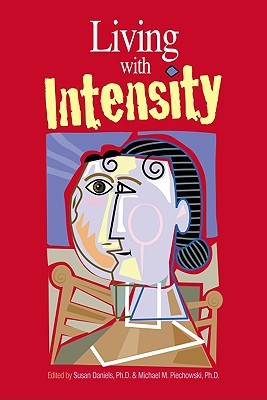 She will also write blog posts revealing strategies and tips on how to thrive rather than survive as a Gifted Adult. Did you know that there are overlapping challenges for people who got labels like Autistic Spectrum Disorder / Aspergers, Attention Deficit Disorder, Bipolar Disorder, Sensory Processing Disorder, Dyslexia?

Some ‘gifted’ children and adults are so-called Twice-Exceptional or 2E or even multi-exceptional people. The danger is quite big that they get misdiagnosed as a child or that the diagnosis et recognition of their cognitive extra capacities, as well as their difficulties, get missed because they compensate their troubles with their extra intelligence.

One of the various challenges of eXtra Intensive Persons is a feeling of existential loneliness. Inventing an alter ego seems to be one strategy quite a few have adopted to ‘solve’ this. But it’s of course much better to actually find other people who don’t fit into a box and who may have harmed themselves and lost their self-esteem while trying to squeeze their multifaceted shaped peg through a square hole…

Patty will be exploring further the adventures, adversities, and lessons learned of gifted & talented adults. Understanding better how having a bright mind impacts on your nervous system and body – and vice-versa – might help you as well to learn to love yourself for who you are, harness your sensitivities, and to play to your strengths so you can find your place and way to contribute in this world.

The good news: you must keep in mind is that this extra intensity and hyper perceptivity applies as well to the joy, bliss, and richness of textures, flavours, emotions, or encounters with other beings and nature you may experience.

Do you want to find out if you are a Bright Woman? Take the HSP Quiz.

Follow me
Patty Muffins
Chief Creativity Facilitator at Writing Circles for Multifaceted Women
Patty Muffins is Mary Poppins’ younger cousin. Quite contrary to Mary she is not so perfect in many ways. She fosters her childlike sense of wonder and leads her life according to the motto “ponder less – play more”.

Patty is a stepmom of four gifted grown-ups. She’s still trying to figure out how to follow best her many vocations and how to keep focus while pursuing her multiple interests.

However, she doesn’t struggle anymore to love herself for who she is and accepts her quirks.

When she’s not baking muffins, eating high-quality dark chocolate or enjoying herself outdoors she’s on a mission to spread the word about how to add flavour and delight to anything you do.

Follow me
Latest posts by Patty Muffins (see all)